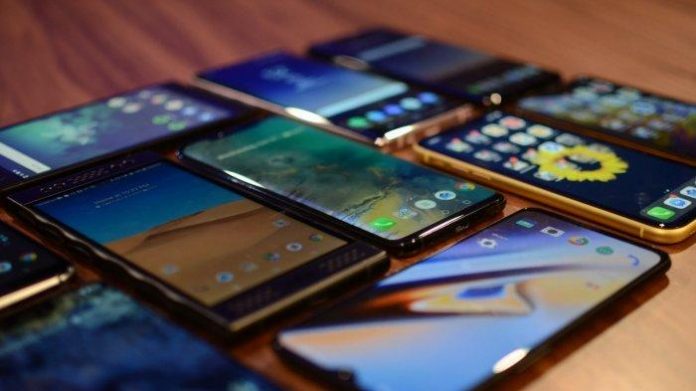 Every year we see many smartphone vendors in the world launching new products with a variety of current features with a variety of advantages it has. Of course, this can really make us tempted to immediately replace our old cellphones with those who buy new smartphones.

For those who have made up their mind to change cellphones, there are important things to consider when buying a new one. Here are seven wise steps that we should avoid when buying  a new smartphone so that it doesn’t make the wrong decision.

Certainly, vendors who have just released their newest products will aggressively promote in various media. Quite often this affects the user’s decision to buy  a new smartphone .

Well, that’s why we have to be careful of advertisements. Because advertising and promotions will be able to manipulate with the appearance of a perfect photo and a charming brand ambassador . If you only see the ad you will not know the true capabilities of the smartphone .

Check the smartphone’s capabilities before buying it. Do not buy because anesthetized with massive and seductive advertisements.

2. Do not be lulled by the Temptation of Sales

When buying a new smartphone, don’t believe too much about what the sales are saying. It is true that there are those who really know about the smartphone products they are selling, but not a few sales are only concerned with sales targets rather than helping choose the right phone for prospective buyers.

3. Don’t rush when deciding to buy a smartphone

When you go to a smartphone seller’s shop , try a few cellphones to help us choose the one that suits our budget , performance needs, and the design we want.

If you have found the desired cellphone, do not immediately rush to decide to buy it. We should first conduct research on the internet and price comparisons in advance in other mobile shops.

Can compare prices and sales packages in online and retail stores. Even if it’s only for a short time, it can save you money.

4. Don’t Choose the Most Expensive or Cheapest Smartphone

As is known, the iPhone X is currently one of the most expensive smartphones in the world, but that is not necessarily the best cellphone for us. The high cost of a smartphone is usually associated with branding and exclusivity, so it does not guarantee that we meet the needs of mobile phones.

Conversely, the cheapest cell phone is also not necessarily right for us. It could even be that we could lose a lot of money by buying the cheapest option, because the device can be damaged earlier than expected and must be replaced with a new one sooner. The best way is to buy based on our needs.

5. Don’t Be Loyal to Certain Brands

Apple, Samsung, Asus, Huawei are well-known brands and they all produce great smartphones with the latest technology. But that does not mean we can be fanatical about only one brand.

Being open minded and starting to find out about other brands is a wise move. We could only find a particular brand of cell phone at a more affordable price, which precisely suits all our needs. We can save money without losing our satisfaction because the need for cell phones can be met.

The latest smartphone models aren’t necessarily the best and fit us well. Not every brand-new cellphone can be more brilliant than its predecessor. Some of the older smartphone models are still able to meet today’s needs, even though they may no longer be on the main storefront.

In addition, we can buy it at a cheaper price than when it was first released. If the store no longer sells old-fashioned smartphones , you can search for them online.

7. Don’t Buy Without Knowing the Needs

Next, this is the most important point. You can buy the cheapest, most expensive, newest smartphone or that often appears in TV commercials. Just do it if that really meets your needs.

For a photographer, of course, don’t buy a smartphone with a weak camera. For those who spend all day and without a charger, do not choose a cellphone with poor battery life. As for gamers, don’t spend money on small-screen phones or lower-class processors that only make you disappointed when playing games.

That’s the 7 points suggested when buying a new smartphone. Hopefully this is useful