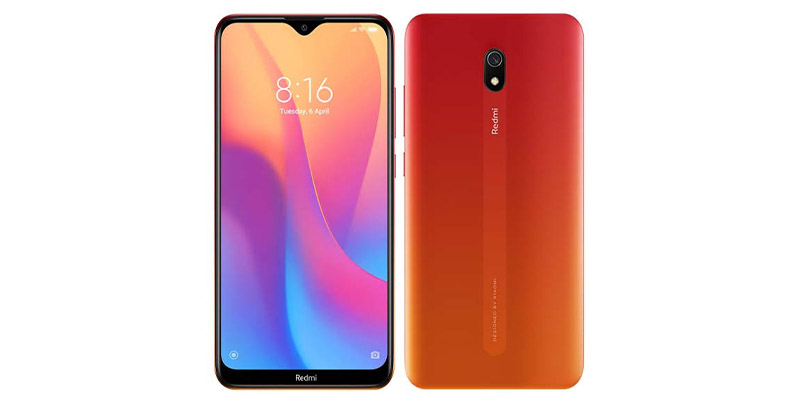 Xiaomi officially announced the price of Redmi 8A for the Nigerian market which is equipped with 2GB RAM specifications and 32GB storage. Together with the usua Redmi 8, the two entry-level cellphones will increasingly add choices for consumers in the country.

As we know, recently Xiaomi has also brought two of their product lines namely Redmi Note 8 and Redmi Note 8 Pro. Xiaomi’s quick action seems not to give the slightest gap to other manufacturers to easily market their products.

Same as ordinary Redmi 8, the Redmi 8A specification also uses Qualcomm’s Snapdragon 439 octa-core processor. It’s just that the RAM capacity on Redmi 8A is smaller, only 2GB. GPU embedded for processing graphics by Xiaomi is Adreno 505.

Like its predecessor Redmi 7A, for Redmi 8A storage space is only available in one choice but more spacious, which is 32GB. In addition to two SIM card slots, Xiaomi equips their smartphone with a microSD card slot as an external capable 512GB.

Even though the price of the Redmi 8A is friendly to the pocket, the design and appearance of the Samsung A10s competitor is pretty good. Blended with plastic material, the anti-fingerprint 3D curved body looks and feel different from the S-shaped embossment makes it look attractive.

Redmi 8A has a body that is classified as big, carrying an overall dimension of 156.5 x 75.4 x 9.4 mm and weighs around 188 grams. For consumers in Nigeria, there are three choices of Redmi 8A colors, namely Ocean Blue. Sunset Red and also Midnight Black.

Successor Redmi 7 also comes with a wide screen size and relief. Using an IPS LCD panel, the Redmi 8A has a 6.2 inch diagonal screen with a resolution of 720 x 1520 pixels and a contemporary ratio, which is 19:9. Do not forget, Xiaomi has also wrapped the screen with anti-scratch Corning Gorilla Glass 5.

No need to worry for users who want to linger on the screen Redmi 8A be it running daily activities or playing games. For convenience, Xiaomi designed the screen with a low level of blue in order to be comfortable and also protect the eyes.

To cut the price of the Redmi 8A so that it can be sold cheaply, this variant still relies on a single 12MP Two Pixel main camera with f /1.8 aperture on its rear body. In addition to taking pictures, the main camera is capable of recording video with a resolution of 1080p @ 30f ps.

Luckily, on the front side there is a Redmi 8A selfie camera with 8MP resolution so that it makes it align with the OPPO A5 2020 and Samsung A20s which are sold at higher prices. Even though the camera resolution is still standard, thanks to “Al Beautify” the shots do not disappoint.

Quite surprising, considering the price of the Redmi 8Ais only offered at Rp 1.3 million, but Xiaomi is able to immerse a 5000 mAh battery into the successor body of the Redmi 6A. Even though it supports fast charging or 18W fast charging, it is sold separately from the purchase package.

Redmi 8A disadvantages compared to ordinary Redmi 8 because it is not equipped with infrared and radio features that are still built-in antennas alias not yet wireless or without cable. As a complement, it turns out the Redmi 8A body has been coated with nano so it is resistant to splashes of water.

Minus the fingerprint sensor

Another way to reduce the price of the Redmi 8A is by removing the physical fingerprint sensor, and this can be seen from the rear body which is only decorated by the camera. Instead, the screen lock can be opened with face recognition using the front camera.

Price of Redmi 8A in Nigria

The price of Redmi 8A starts around 49,000 Naira. Entering the entry-level cellphone range, 2GB RAM specifications with 32GB of storage make this variant already worthy of competing with Samsung cellphones and OPPO cellphones in its class.