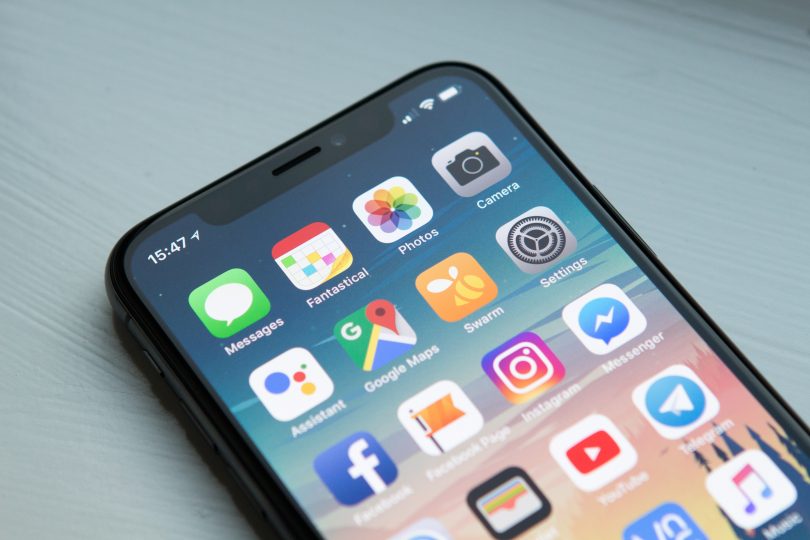 Restart or die alone is often experienced by users of advanced technology, such as computers and gadgets. I myself also experienced the same problem. But I experienced this problem on my computer, not on an Android smartphone.

When I was accessing the internet, my computer suddenly turned off completely, and after I checked it turned out that the computer was overheating. This happens because of the temperature factor in the environment and the performance factor of the computer hardware itself that I have never rested.

What is the solution to the problem of restarting your own Android phone?

Everyone certainly has different problems – what I experience may not be the same as what you experience. Factors from the software can also be the cause of an android smartphone experiencing a sudden restart. To find out the causes and solutions, you can refer to the full review below.

1. Too Many Junk Files That Pile Up

Every time you open and run the application, of course, it will produce junk files or cache files continuously. And if the file continues to accumulate and has never been cleaned, it can cause the android phone to feel heavy and frequent errors, and eventually restart on its own.

2. Damage To The Application Occurs

If an application has an error, an error message appears, force close then it could be possible that your Android smartphone will restart automatically. Application files that are incomplete, corrupt or incompatible make the Android system often error.

4. Android system has been rooted

Root does look very good for users, but actually root is not good for the smartphone itself. With root users can access systems that were previously inaccessible and users can install heavy games that previously could not be installed.

But sometimes root in some cases can make a file system error, it may crash on certain files and cause Android to die itself.

5. Overload on the Chipset and RAM Memory

Too much or heavy debate can make hardware give up in winning everything. The number of applications that you run makes the hardware unable to do everything.

Every smartphone has different capabilities, so for that as a wise user you do not need to force something that is not able to be done by your own smartphone. Overload on major hardware such as CPU, memory ram and gpu will make it hangs, and ultimately the smartphone will restart/die alone.

Hardware that is too hot often occurs on smartphone batteries. And if the battery is hot it will propagate to other hardware such as RAM, Processor, and others.

All types of technology such as smartphones are designed to restart on their own if the hardware temperature is very hot. This also often happens on computers, overheating computer hardware can also result in the computer restarting itself.

Cell phones that are more than 3 or 4 years old can be said to be old, and for the quality and performance of the smartphone hardware itself, it is sure to decline. This means that as a user if the age is old, there is no need to force phone to work hard in maximizing usage.

Colliding applications usually occur on 2 antivirus or android games. Colliding files may be caused by an unfinished update, which makes the file jumbled and often experiences errors. And do not rule out the possibility of a restart.

Attacked by a Bad Virus

Viruses are a threat to all operating systems, both on computers and smartphones. 1 dangerous virus can – can cause all total system damage.

A simple example of restarting itself, maybe the virus entered the reboot system which makes the smartphone restart frequently. We recommend using a reliable antivirus to remove and prevent viruses from entering the Android system.

From the causes above, of course you can think about problems on your Android smartphone. To overcome this, you can refer to the following tips some tips.

If you have never deleted a cache or junk file then you should delete it so that later your smartphone will not feel heavy or slow.

No need to be confused, deleting cache files is very easy. By installing the Cleaner application you can delete all cache files. All you need to do is tap, then all junk, cache, and history files can be completely clean.

If you have previously rooted your Android smartphone, and after that the smartphone often restarts, it can be concluded that ” root ” is the cause.

Make Unroot order your android can walk normally again. Use the Unroot application to delete the rooted you are doing.

Use a reliable antivirus to remove and prevent viruses from being able to damage your android system. The best antivirus that is often used by android users is AVG, CM Security, AVAST Mobile Security, Bitdefender Antivirus Free, and other antiviruses. Choose one of the antivirus that I mentioned. Download and install an antivirus through the Google Play Store.

Remove games that burden your android smartphone. Or if you install a beta version of the game or a version that is not compatible with your Android OS then you should delete it. The goal is that the smartphone does not often occur errors, damage, or restart itself.

Turn off your android smartphone, then unplug the battery, SIM Card and SD Card (Micro SD). Allow a few moments so that no power goes to the smartphone. Install and restart your android.

Apparently there are some cases of android restart caused by a SIM Card, for some reason but it really happened. Try replacing your SIM Card with another or a new one, hopefully there will be no sudden restart later.

If all the above methods do not work, then there can only be one last way by returning the smartphone to factory settings. Backup all your data first so that you can restore it later. Enter the Settings menu »Backup & Research» Factory Data Reset, then tap “Reset Phone“.

The simple method above you can do on all Android devices such as Samsung, OPPO, Realme, Lenovo, ASUS, Xiaomi, VIVO, Huawei, NOKIA, and others. If there are differences, then you can adjust them.

… however there are many things that make smartphones restart frequently, as a writer I can’t guarantee the solution above works 100%. But the hope, the problem on your Android smartphone can be resolved.

If the tips – tips above do not produce results at all, then you just take it to a service center or cell phone service center that is experienced, maybe your android is experiencing damage to the hardware. In that place there will be better assistance.

That’s a brief review from me about problems on Android devices, hopefully it can be helpful and useful. If you have something to ask or want to add something, write it through the comments column below.