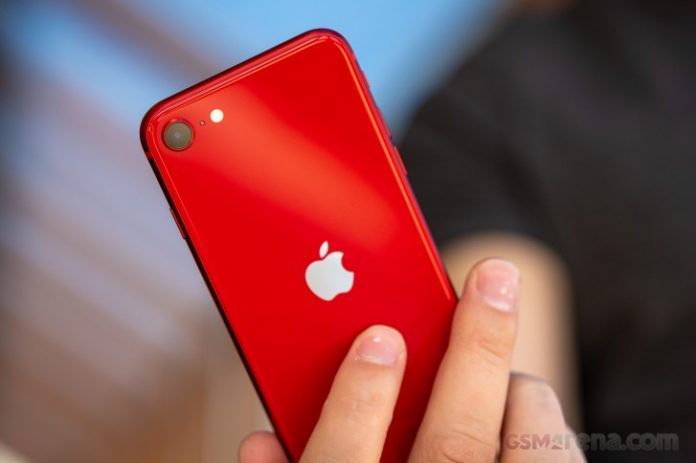 Lagos, Cajnews.com.ng – After a series of leaks, Apple finally launched its cheap iPhone, the iPhone SE which was officially introduced last April.

A month was launched, according to CINNO analysts, the iPhone SE carries a quite resounding achievement, although it was only launched in mid-April, this smartphone is able to contribute 24 percent of total iPhone sales during April 2020.

As quoted by GSM Arena, Apple’s sales during April increased by 160% when compared to sales in March, and the iPhone SE contributed quite well from total iPhone sales.

According to the latest market research, Apple’s condition continues to recover in the Chinese market after experiencing obstacles due to the Covid-19 pandemic. Apple reportedly pocketed 3.9 million sales last April.

However, this sales is still 60 percent lower compared to sales in April 2019. This sequential increase is considered by a number of parties not to be surprising given that China has relaxed its restrictions, and the market as a whole is showing signs of recovery.

As is known, without a majestic official title, Apple launched this cheap iPhone via a press release on its official website. Even so it does not reduce the hype of the iPhone SE.

With the price of the iPhone SE 2020 which is quite affordable, making it steal the show. What’s more a number of interesting features carried this cheap iPhone.

In physical appearance, the iPhone SE looks like an iPhone 8. Ie using a 4.7-inch Retina HD screen with Touch ID on the bottom.

This screen also supports Dolby Vision and HDR10. And just like the iPhone 8, it still uses a wide bezel display.

On the backside, it also uses just one camera which is 12 MP f / 1.8. Also a 7 MP selfie camera. Although simple, the quality of the photo is claimed to be quite high.