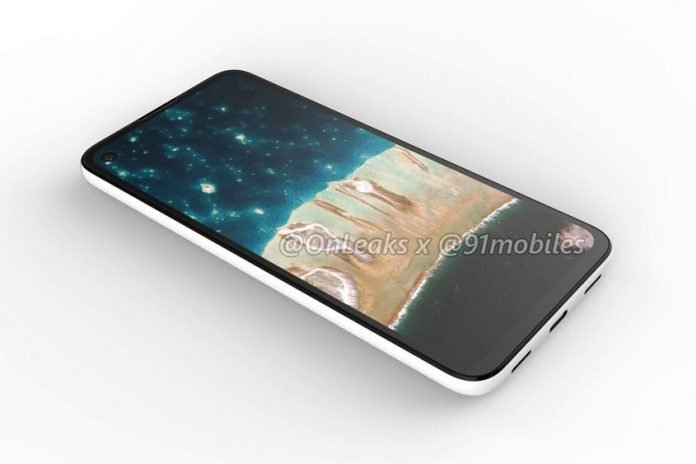 Last year Google released Pixel 3a and Pixel 3a XL, an intermediate version of its flagship model. This model sold very well in the market, this caused many people to speculate, that Google will return to the middle class market for Pixel 4a and Pixel 4a XL.

Reporting from PhoneArena, CAD-based Pixel 4a rendering images appear with a design that many think is a major improvement over Pixel 4. And this series will be announced at the I / O conference on May 12-14, 2020.

And based on new information, Pixel 4a has the code names “sunfish”, “redfin”, and “bramble.” Two of them will support the 5G network. Pixel 4a “sunfish” is said to be present with the “sm7150” platform, or Snapdragon 730. Smartphone this will be present without 5G connectivity support.

While “redfin” and “bramble” will be supported by a middle class chipset, Snapdragon 765 with a 5G modem. Each of them is Pixel 4a and 4a XL with 5G network support.

As told above, shows the 3.5mm earphone jack. Unfortunately, the smartphone is also rumored to not have wireless charging. One of the features found in the Pixel 4 family that comes to Pixel 4a is a new camera module found on the upper left side of the rear panel. However, this module uses only one camera and flash compared to the two cameras used on its flagship model.

Reportedly Pixel 4a will be available in black (with a green power button), white (with a coral power button) and an arctic blue version (with a hot pink power button).