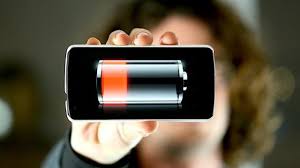 Android devices are famous for their large power consumption so they are quite wasteful in battery consumption. So this time we will review some simple tips to save Android battery so you don’t have to bother to charge the battery every time. Here are the steps as quoted from Android PIT :

15 Simple Tips To Save Android Battery

Almost all Android phones today use Lithium Ion and Lithium Polymer batteries which do not have a memory system. That is, the battery does not need to be fully charged or left empty to full. That way you can refill even a little at any time and anywhere so you don’t run out of power quickly.

2. Use a Black Background

If you have a device with an AMOLED type screen, then use a dark or black background. The darker the color, the less power consumption. This AMOLED screen is usually used on Samsung devices. Please read this article for a more complete explanation.

Using auto-brightness is fun because our screen will adjust its brightness automatically in every different place. But sometimes the screen of our device becomes much brighter than needed.

Therefore you better adjust the brightness level manually. This will have a huge impact on battery consumption because the screen is the component that consumes the most battery power.

If it’s not really needed, then you better turn off the vibrate feature. Because the smartphone vibration takes more power than the sound of a ringtone. Also turn off haptic feedback to further optimize the savings of your battery.

If your battery is damaged, replace it with an original battery or a battery from a trusted brand. Spending more money to buy original batteries is far better than buying a KW battery that can damage your favorite smartphone anytime.

Reduce screen timeouts or screen auto shutdown times when not in use. If you currently set it for 1 minute, reduce it to 30 or 15 seconds. Also make it a habit to turn off the screen directly when not in use.

7. Turn off the Internet and Set Airplane Mode

If you are working or busy, it is better to turn off the internet connection and Wi-Fi. In addition to not disturbing work, this will also greatly save battery usage. Currently there are many applications that offer these features in the Play Store.

Some manufacturers also have many that equip their devices with these features, such as Sony with its STAMINA Mode feature. In addition, activate the Airplane Mode feature when you sleep at night so that the battery savings are getting more leverage.

Some common features such as GPS, Bluetooth or NFC as well as special features such as air gestures and smart scrolling take up a lot of battery power. If you don’t use it, turn off these features.

If you are connected to the internet via a Wi-Fi connection, then turn off the connection via mobile data. Also change the Wi-Fi settings on your device to “Always on during sleep” because this will consume less power compared to having to reconnect every time your Android turns on.

10. Use the Lockscreen Widget

If your Android device already supports the lockscreen widget feature, then use that feature. With this feature you can access the application directly through the lockscreen without the need to unlock your device first.

Even though it keeps turning on the screen, the time required is far less than opening it first. If your smartphone or tablet uses an AMOLED screen, then use a black or dark lockscreen background.

Always update the application regularly to get optimal performance. The developers usually provide updates to optimize battery and memory usage. In addition, delete applications that are not used so that they do not run in the background and consume your memory and battery rations.

13. Turn off Auto-Sync for Google Accounts

Every Android device must be filled with various Google applications. But of course not all of these applications we need. Therefore to avoid draining the battery, turn off the synchronization option in the unneeded application.

Therefore, turn off the automatic synchronization feature of these applications so that your battery consumption can be reduced. Suffice it to synchronize the contents of the application manually when opening it.

As mentioned above, updating applications is very important to maintain optimal performance. But you should only update this application manually and do not set it to do automatic updates. This is done so that the Play Store does not update when your battery is in a low-batt state.

Those are some simple tips for saving Android battery. Some of these tips can also be implemented on iOS or Windows Phone devices. Don’t forget to read the wrong myths about the Android battery here